As I stated in my last post on the blog, I am taking on the task of watching all 31 of the Godzilla films. I really don’t know why I decided to take this huge feet on. I do know that I want to expand my knowledge on the horror genre so why not knock one of its most important sub genres, kaiju, off my list. With that being said, here is review number 1 of 31, Gojira.

Gojira, also released as Godzilla, King of the Monsters! in the United States (though the US product was heavily edited) is the first film in the Godzilla movie franchise. Directed Ishiro Honda, Godzilla, alongside King Kong, helped pioneer the kaiju genre. The story of Godzilla is that he is a prehistoric beast that lived under the ocean until hydrogen bomb testing forced him above ground. Due to the bomb testing, Godzilla also gained many powers and grew in size. For 1958 Godzilla looks unbelievable. The use of miniatures along side Godzilla truly makes the monster look real. At this time, an actor played Godzilla in a rubber suit. Honestly you can barely tell that an actor controlled Godzilla at all. He truly looks like a puppet or even an animatronic.

Gojira’s best quality may be the political satire it delivers on weapons of mass destruction. Though its deeply embedded into the movie, you can certainly tell the satire is there. This satire is most visible during the seen of the children’s choir singing to the world, pleading for help.  It truly is a heart wrenching moment that fit Japan’s zeitgeist at the time. 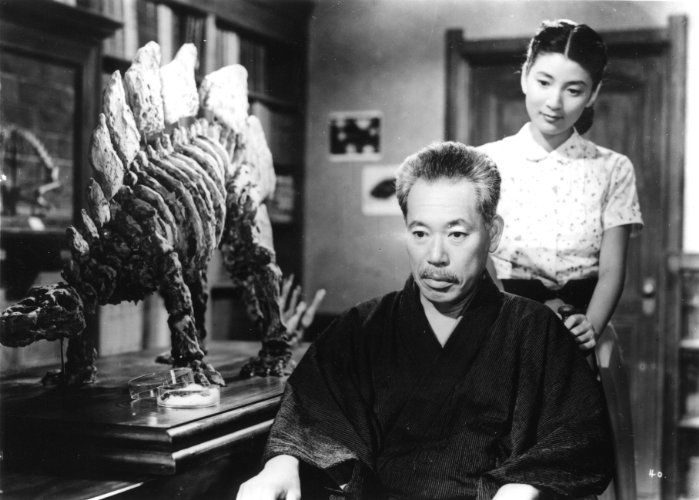 By far the two best cast members of this film are Akihiko Hirata (Samurai I) and Takashi Shimura (Seven Samurai, Rashomon). Shimura is truly the A-List of this film staring in many of Kurosawa’s best while Hirata, really would only go on to star in further Godzilla films. This is truly a shame as I believe Hirata stands out the most in this film.

On my regular movie scale I give Gojira an 8 out of 10. The film is truly a classic. It defines the Kaiju genre and is a staple of sci-fi as a whole. On my Godzilla scale, Gojira gets a 10 out of 10. It defined Godzilla. Honestly, I can not think that there will be a better movie than this in the next 30. Who knows though, maybe i’ll be surprised. I will definitely keep an open mind and hope that Gojira can be topped.