Happy holidays! I’m back for the time being. My first semester at the University of Rhode Island ended about a week ago and with that, I will try to get some reviews onto the website.

Today I will be reviewing the 1933 film The Invisible Man. Directed by James Whale, the same man who directed Frankenstein and the Bride of Frankenstein, The Invisible Man is based on the novel written by H.G Wells with the same name. The movie follows a scientist who created a solution that allows himself to become invisible. At the beginning of the film, the scientist is trying to find a cure for his condition but over time, his invisibility makes him go insane as he plots to rule the world.

By far the crowning achievement of this film is the special effects. For 1933, the effects are top notch. The invisibility on Dr. Griffin (The Invisible Man) must have frightened many in the theaters during the release of the film. Without computers, all of the effects are practical making the feat even more astonishing.

The film is one of the more comedic films of the Universal Monster Series. I have to admit, I cracked up multiple times during this film. Claude Rains plays Dr. Griffin aka. the Invisible Man. Rains is the crown jewel of the film. His acting style fits The Invisible Man perfectly. He’s evil yet unfortunate. During some points of the film, you absolutely despise Rains and at other points, you feel for him. 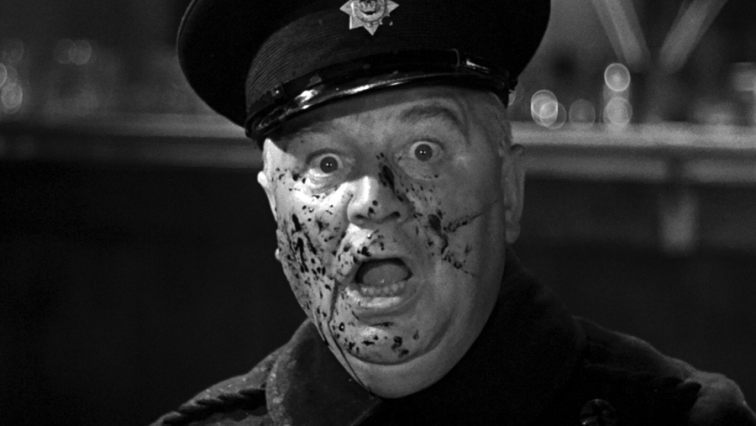 Overall this film was a joy to watch. Having a runtime only a little bit over an hour, the film is a quick memorable watch. I give it a solid 8/10 and highly recommend it for Universal Monster fans.

I have some other films I look forward to watching and reviewing over the Holiday Break. Look out for a review of the 1976 Dystopian Soylent Green as well as a continuation of my Godzilla Series. Remember to follow LV-426 for all your Sci-Fi reviews!